The readings are from the Catholic lectionary for daily mass, while the headlines are chosen to remind me of the world in which I blog. 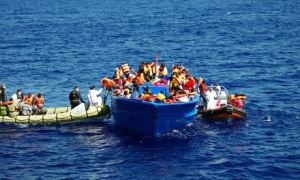 Lord my God, I call for help by day;
I cry at night before you.
Let my prayer come into your presence.
O turn your ear to my cry.

For my soul is filled with evils;
my life is on the brink of the grave.
I am reckoned as one in the tomb:
I have reached the end of my strength.

Like one alone among the dead;
like the slain lying in their graves;
like those you remember no more,
cut off, as they are, from your hand.

You have laid me in the depths of the tomb,
in places that are dark, in the depths.
Your anger weighs down upon me:
I am drowned beneath your waves.

The Catholic lectionary is using Job at present, as its Old Tetament scripture. As I’ve just recently blogged on Job, I’ve decided to use the Psalms for mass instead, including the responsive verses.

This Psalm reminds comfortable people of the reality of many human lives: daily oppression, violence, deprivation, humiliation and the threat of death. Although disgracefully some of these are in the UK, most of them are not, which means I can pretend most of the time that they don’t exist.

The Baal Shem, a great Jewish teacher, said that no prayer was valid if it could not be the praayer of all Israel. I could rephrase that to read “if it could not be the prayer of all God’s children”. The psalm invites me to enter into this prayer and the to show solidarity with the one who prays, for who knows when it may not become my own prayer. ONE OF US IS NEAR DEATH. So we cry out passionately to the God of life, that if we cannot be in God’s presence at least our prayer may be; and may rouse God to inspire men and women to rescue us.

It is a psalm that inspires me to support charities that can reach where I can’t: especially Christian Aid, Medicins Sans Frontieres, and Amnesty International.

As the time drew near for him to be taken up to heaven, Jesus resolutely took the road for Jerusalem and sent messengers ahead of him. These set out, and they went into a Samaritan village to make preparations for him, but the people would not receive him because he was making for Jerusalem. Seeing this, the disciples James and John said, ‘Lord, do you want us to call down fire from heaven to burn them up?’ But he turned and rebuked them, and they went off to another village.

Jesus knew that his mission would end badly, that he would be rejected. He had accepted this without swerving from his mission of bringing the good news of God’s kingdom to his people’s holy city. This resolve was an expression of his love for God and his people. It was the outpouring of his life so that others might enter into the love of God.

Clearly James and John failed to understand that Jesus had already reckoned with rejection, because they had not reckoned with it and with the consequences for their own lives. They were still looking to the worldly vindication of the one they called Messiah and, doubtless, to their own reward. That’s why they wanted a thunderbolt for the unwelcoming Samaritans.

This touches the root of all sectarian violence. Those who want blasphemers and apostates destroyed, do not understand 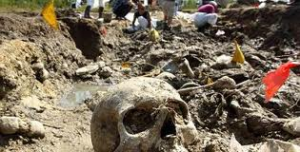 God’s desire that all should enter the rule of love, nor have they heard the call to bear the sins of others rather than to retaliate. It is easy for those who impose violence in God’s name to justify their actions- defense of God’s holiness (as if the Almighy needed protection) the good of society (as if society needed more reasons for killing) and even the good of the sinner (as if painful death improved a person’s soul).

Christianity has used such violence in the past, as in the Cruusades, and in the present as in the slaughter of Moslems in Bosnia. In these instances and many others it has disgraced the gospel of Jesus Christ. If anyone has deserved fire from heaven, it is the churches that commited these crimes. Islam aslo has disgraced its God by sectarian violence which still continues. Both religions have used passages from their scriptures to justify such violence. That is the danger of holy books which have become idols, replacing the God of justice and love with a bloodthirsty tryrant.