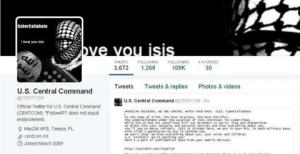 And Cain went out from the presence of Jehovah, and dwelt in the land of Nod, toward the east of Eden.

17 And Cain lay with his wife, and she conceived and bore Enoch. And he built a city; and he called the name of the city after the name of his son Enoch.

18 And to Enoch was born Irad; and Irad begot Mehujael; and Mehujael begot Methushael; and Methushael begot Lemech.

20 And Adah bore Jabal: he was the father of those who dwell in tents, and breed cattle.

21 And his brother’s name was Jubal: he was the father of those who handle the harp and pipe.

22 And Zillah, she also bore Tubal-Cain, the forger of every kind of tool of brass and iron. And the sister of Tubal-Cain was Naamah.

23 And Lemech said to his wives:

Adah and Zillah, hear my voice;

You wives of Lemech, listen to my speech.

For I have slain a man for wounding me, and a youth for bruising me.

25 And Adam lay with his wife again, and she bore a son, and called his name Seth: … For God has granted me another seed instead of Abel, because Cain slew him.

26 And to Seth, to him also was born a son; and he called his name Enosh. Then people began to call on the name of Jehovah.

Lists of offspring are important in the Bible as they usually illustrate the working out of human character and God’s goodness over time. This passage charts first of all the line of Cain, showing its contribution to human knowledge, skill and culture (they inhert the lust for knowledege of Adam and Eve), but also showing the continuation of violence begun with Cain himself. The list ends with the self-regarding chant of Lemech who boasts to his wives about his efficiency as a thug. His boasting almost perfectly catches the tone of modern thugs, from the Americans who were going to bomb Cambodia “back to the stone age”, to Islamic State who will “decapitate all infidels.” I heard a stupid debate on BBC Radio 4 yesterday in which the normally intelligent presenter kept asking what sort Islamic designation he should give to the French murderers, as if the main point was their religion.The Bible will have none of this; thugs are thugs, killers are killers, no matter what their nationality or religion. A friend of mine used to wonder if recruitment to the British army would be as good if it was called, “The British Killers”. I used to reply that unfortunately it might be better.In a time of so-called “terrorism” it would help if people accepted that no religion or ideology can justify murder; and that “the war aganst terror” is just as bad as 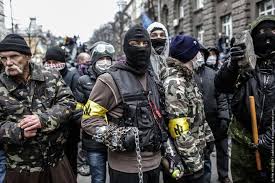 “the will of Allah.” None of it gets any better than the crude vainglory of Lemech, “Mess with me, pal, and you’re dead.”

Then the writer gives us the list of Adam and Eve’s other descendants which is very brief but leads to the worship of Jehovah God. The contrast is deliberate: one line ends with someone chanting about his own violence; while the other ends with voices calling upon God, that is, with a recognition of human need. Some humility about human limitations, compltete opposition to arrogance and violent threats, and a commitment to ordinary justice, would help at the present time.

23 And it came to pass that Jesus went on the sabbath through the cornfields; and his disciples began to walk on, plucking the ears.

24 And the Pharisees said to him, Behold, why are they doing what is not lawful on the Sabbath?

25 And he said to them, Have you never read what David did when he had need and hungered, he and those with him,

26 how he entered into the house of God, in the time of Abiathar the high priest, and ate the shew-bread, which it is not lawful unless for the priests to eat, and gave even to those that were with him?

27 And he said to them, The sabbath was made for Man, not Man for the sabbath;

28 so that the Son of Man is lord of the sabbath also.

Mark means the reader to see that Jesus’ first reply puts him on the same level as the great king David, with a hint that he is the Messiah Son of David, who has special authority under God. But the second reply is much more important. Jesus remembers that in Genesis humankind was created on the sixth day and the Shabbat, the rest day, on the seventh. He interprets this as showing that God made the rest day for humankind; rather than making humankind to keep the rest day. God’s command is not for his own good but for the good of his creatures. Indeed all commandments are an expression of God’s goodness, a means by which the goodness of his creation may be protected. A certain kind of religion takes these commands and turns them into meaningless and burdensome rituals. In this case, plucking the ears of corn was interpreted by the Pharisees as “food preparation” and therefore forbidden. They would have argued that unless the law is clearly stated down to the least particulars, it will fall into disrepute; whereas Jesus believed that iunless the law was obeyed in its main intention for the good of people, it would become the property of the self-righteous.

For Jesus, the “Son of Man” a figure from Daniel chapter 7, meant the human saints of God, who one day would judge the earth, but who were already supportive of his ministry. They, on behalf of humanity, have the right to interpret the Sabbath Law. Jesus’ liberating interpretation of God’s Law is relevant to modern controversies such as the arguments surrounding same-sex marriage. The important thing is that God’s desire for the goodness of all his children should be respected, while we respect biblical formulations by recognising them as human attempts to express that desire. In the past, our ancestors in faith invented God and his laws. We in our time, honour their faith, by believing that their inventions point us towards the truth and help us enter into relationship with the One Beyond All Universes, but also by our re-inventions of God and his Laws, for our time. With Jesus’ encouragement we can ask of any rule, “Does this faithfully express God’s desire for the good of his children?” And if it doesn’t, we must change it. That doesn’t get us out of debate, but it helps us see that debate as part of our faithfulness to God.

Tags: Bible Thugs, Genesis, The Sabbath made for man