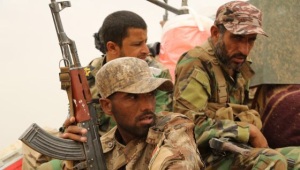 5 It is actually being reported that there is sexual sin among you, and it is sexual sin of a kind that is condemned even by pagans — a man is living with his stepmother! 2 And you stay proud? Shouldn’t you rather have felt some sadness that would have led you to remove from your company the man who has done this thing? 3 For I myself, even though I am absent physically, am with you spiritually; and I have already judged the man who has done this as if I were present. 4 In the name of the Lord Jesus, when you are assembled, with me present spiritually and the power of our Lord Jesus among us, 5 hand over such a person to the Adversary for his old nature to be destroyed, so that his spirit may be saved in the Day of the Lord.

6 Your boasting is not good. Don’t you know the saying, “It takes only a little yeast to leaven a whole batch of dough?” 7 Get rid of the old yeast so that you can be a new batch of dough, because in reality you are unleavened. For our Passover lamb, the Messiah, has been sacrificed. 8 So let us celebrate the Feast not with leftover yeast, the yeast of wickedness and evil, but with the unleavened bread of purity and truth.

9 In my earlier letter I wrote you not to associate with people who engage in sexual immorality. 10 I didn’t mean the sexually immoral people outside your community, or the greedy, or the thieves or the idol-worshippers — for then you would have to leave the world altogether! 11 No, what I wrote you was not to associate with anyone who is supposedly a brother but who also engages in sexual immorality, is greedy, worships idols, is abusive, gets drunk or steals. With such a person you shouldn’t even eat! 12 For what business is it of mine to judge outsiders? Isn’t it those who are part of the community that you should be judging? 13 God will judge those who are outside. Just “expel the evildoer from among yourselves.”

Temple of Aphrodite in Corinth

Here Paul discusses a particular case, that of a man who is in a sexual relationship with his stepmother. It is presumed that the man’s own mother and father are dead. Paul is probably right in saying that such relationship would have been viewed by Greeks also as incestuous. Some cultures may have made the same distinction as is now made in UK law by which step -relatives may marry if both are at least 21 years of age, and the younger has never been treated as the child of the older person’s family. Some commentators take it that Paul means that some Corinthians are actually preening themselves that their assembly accommodates a person in such a relationship. Churches which have fought for the equal membership of gay people may feel some sympathy for the Corinthians in this instance.

in my e- book “Paul, an unauthorised autobiography”, I have one of Paul’s converts take him up on this issue, asking how he squares it with his insistence that believers are no longer subject to Jewish Law. Paul answers that his tradition holds certain things abhorrent. His convert notes drily that uncircumcised men are in that category. Paul says that although all things are permitted not all things are good for people. The convert observes that as a slave he feels strongly that slavery is not good for him, but that Paul has not condemned slavery. Paul then admits that his standard of right and wrong is the Spirit. The convert is not wholly convinced.

it seems to me that Paul does have two criteria of moral right and wrong: one is cultural, a mixture of his Jewish tradition with what he appreciates of Greek culture. When he speaks of “whatever things are true, noble, just, pure, lovable and attractive, whatever is excellent and admirable,” he is appealing to this criterion. He is talking about the sort of morality practised by a decent Jew living say, in Ephesos. He doesn’t attempt to justify this way of thinking.

The other criterion is his experience of the Spirit of Messiah Jesus, that is, his knowledge of Jesus experienced as a divine presence. Sometimes he has the help of a command of Jesus handed on, other times he interprets what he calls “the mind of Messiah.” This criteria leads him to revolutionary judgments which are to be observed within the Messianic Assembly but are not to be applied directly in secular society.  Within the Assembly, in the Spirit, all people, men, women, slave, free, are equal and are to be treated as such. Within society however, believers may go along with custom.

In the instance here, Paul is relying on accepted moral custom : he sees the relationship as sexual immorality, as a dangerous carelessness in sexual matters, of which he had warned the Coriinthinas in his previous letter. We don’t have this letter but we should note its existence. Corinth was famous in the ancient world for its sexual permissiveness, its temple of Aphrodite with a thousand sacred whores, its swinging night-life. The Greek verb “to corinthianise” meant to have elicit sex.

Paul and the early church generally, were opposed to casual sex, seeing it as destructive of human dignity, and as falling to mirror the faithfulness of God in human relationships. There’s no way of telling whether the couple judged by Paul were actually guilty of anything more than going outside common custom. And that’s where his claim to be spiritually present with his converts breaks down. He is not present, he has not spoken with the couple, he does not know their precise circumstances, but he thinks of it as a boastful challenge to common norms and therefore condemns them. The odds that he is being unjust are quite high, I think. Doubtless his intention, that of insisting on a certain purity of life in the Christian Assembly, is good, but the solemn expulsion of the man from the Assembly, and his exposure to “the Satan” may have destroyed the couple and their relationship. We should probably think of The Satan as being like the character in Job who has power to afflict human beings with misfortune and disease.

I’ve questioned the likelihood of Paul’s judgement being just in this instance. On the other hand the issue of what the Assembly of believers should do about persistence in unchristlike behaviour is a real question. Believers are not to judge those outside its assembly, but if people claim to be followers of Messiah Jesus while acting against his command or Spirit, some action is necessary for the welfare and reputation of the Aasembly. Most churches today have abandoned communal discipline as a bad idea, out of place in the privatised societies of the 21st century. I disagree. Undisciplined churches are often sloppy in their communal behaviour and floppy in their public witness. Of course their discipline as well as their ethics ought to be Christlike; past forms of discipline, such as the infamous cutty stool for sexual offenders in Scotland, have bought the church into disrepute.

In spite of my doubts about Paul’s action in this case, I think his view, that the church community should not simply permit persistent unchristlike behaviour, is correct.