6 How dare one of you with a complaint against another go to court before pagan judges and not before God’s people? 2 Don’t you know that God’s people are going to judge the universe? If you are going to judge the universe, are you incompetent to judge these minor matters? 3 Don’t you know that we will judge angels, not to mention affairs of everyday life? 4 So if you require judgements about matters of everyday life, why do you put them in front of men who have no standing in the Messianic Community? 5 I say, shame on you! Can it be that there isn’t one person among you wise enough to be able to settle a dispute between brothers? 6 Instead, a brother brings a lawsuit against another brother, and that before unbelievers!

7 Actually, if you are bringing lawsuits against each other, it is already a defeat for you. Why not rather be wronged? Why not rather be cheated? 8 Instead, you yourselves wrong and cheat; and you do it to your own brothers! 9 Don’t you know that unrighteous people will have no share in the Kingdom of God? Don’t delude yourselves — people who engage in sex before marriage, who worship idols, who engage in sex after marriage with someone other than their spouse, who engage in active or passive homosexuality, 10 who steal, who are greedy, who get drunk, who assail people with contemptuous language, who rob — none of them will share in the Kingdom of God. 11 Some of you used to do these things. But you have cleansed yourselves, you have been set apart for God, you have come to be counted righteous through the power of the Lord Jesus the Messiah and the Spirit of our God.

1. The moral consensus of decent people, especially of Jewish, in Greek / Roman society.

2. The experience of the spirit of Messiah Jesus as a divine presence.

There are areas of his thinking where the second of these causes him to reject or revise the first. The issue of believers using the civil law courts is one of these. There is some evidence that the reasonably prosperous societies of the Roman Empire were also litigious, with even quite minor issues taken to the civil law courts. Paul is scornful of believers who take their fellow believers to court. The believing assembly is for him the “partnership of the Holy Spirit”, that is a sharing of life with each other and with God. Settling scores between believers by going to court is for Paul a serious breach of that partnership. The assembly itself ought to be able to settle all such matters.

But he goes further. He tells them that any automatic assertion of one’s own rights over another may be un-Christlike. Perhaps it would be better in some instances just to bear the wrong that has been done by a brother or sister. This may be Paul’s interpretation of the example of Jesus Messiah, or he may have known Jesus’ command, “if someone sues you for your shirt, let him have your cloak as well.” Paul has already stated that true wisdom may look like idiocy to worldly people and true strength look like weakness. He might have developed this strand of thinking further at this point in his letter. Instead he goes on to give a list of behaviours which will exclude people from the kingdom of God, by which he means the coming world in  which God’s justice will be done.

There are two issues about this passage.

1. What precisely is meant by the terms that describe sinful people?

2. How should contemporary believers understand this scripture?

The first question is not so easily answered. Take for example the word which the CJB translates as one who engages in passive homosexuality, Greek malakoi. This adjective means first of all “soft” and might be applied to clothing. By extension it can be applied to a man thought to be soft, that is, effeminate. A further extension of meaning probably makes it refer to male teenagers in relationship with older men, or even to male prostitutes. How is Paul using it? That’s not clear because there is no specific context for his list of excluded sinners except that it derives from the moral consensus mentioned above. There is no justification “in the spirit” for these exclusions, Paul assumes that the (largely Jewish)  consensus is right. The varied meanings of the word malakoi reveal certain things about the consensus. It holds a view of masculinity as “hard”, opposed to femininity which is “soft”. A male who is “soft” can then be considered effeminate. The moral consensus of the society in which I now live is learning to outgrow this view of masculinity.

The translation given by the CJB is careful enough and may be accurate, but the record of modern scholarship on this passage suggests that even the best translations offer no more than probability.We can conclude with reasonable certainty that Paul is against casual sex, adultery,idol worship, theft, greed, drunkenness, derogatory abuse, and mugging; and some forms of male same- sex behaviour, most probably male prostitution.(Elsewhere Paul interprets same- sex relations as divine punishment for idolatry) It’s a quick tour of common sinfulness. I’m reminded of the young man who came home from listening to an hour- long sermon by a famous Free KIrk preacher. “Well Donald” says his mother, “What was the minister’s theme this morning?” “Sin,” answers  the lad. “And what had he to say about sin?” “He was against it.”

The list is comprehensive enough to include the behaviour of some at least of Paul’s readers. In a flash of evangelical comfort Paul assures them that they have been cleansed (not I think as above, “cleansed themselves”), set apart for God, and made right (not I think merely “counted as right”-they are still capable of sin but they are joined to Jesus Messiah who is making them right) The list of sins comes from the common stock of Diaspora Jewish moralism; the evangelical comfort comes from Paul’s experience of Jesus Messiah.

So how should contemporary believers use this scripture?

1. They should not abstract it from context and declare it to be the word of God, but should see it as part of a letter addressing certain issues in the Corinthian assembly.If God is to speak through it, it must like Jesus be human, and must be interpreted with all the tools available for understanding human writing from the past.

2. They should be aware of the bases of Paul’s moral judgements, noting where these are directly related to Jesus Messiah and therefore creative (as in the case of litigation in the civil courts) and when they affirm pre-existing moral norms as in the list of excluded sinners. (The excluded sinners are of course also included sinners as Paul admits, but at this point he gives no advice about believers who lapse into former sins.) Those that are clearly based on experience of Jesus Messiah should be given priority over those based on pre-existing norms.This is in line with Paul’s own distinction between the Torah that is for immature believers and the law of Christ which is for adults. 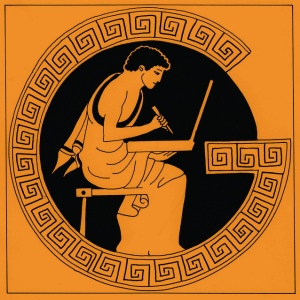 4. They should ask the awkward questions that come to mind. For example, it’s clear from a number of letters that Paul was against believers getting drunk. But it’s also clear that he did not insist on drunken believers being excluded from the assemblies. Indeed, the fact that he has to mention it suggests that some of them were doing it. In fact Paul and his assemblies, recognising that believers still did wrong, had to work out forms of evangelical discipline that expressed God’s love without denying his holiness.

5. They should lighten up. We know very well today the problem of the instant and instantly regretted email. Damn it, we clicked the mouse. Paul was dictating his letter to a scribe, in the midst of may other responsibilities. How often did he read the whole letter through before he sent it? How often did he think of a correction or clarification an hour after the messenger left?

Also you can’t read a Pauline letter without thinking that the writer is enjoying the process. He enjoys thinking of fresh and enlivening ways of expressing his message. He likes a good rant and sometimes goes over the top, Reading him genially may often rescue him from charges of prejudice or arrogance.

Tags: Paul on sex and litigation, The Corinthian Correspondence