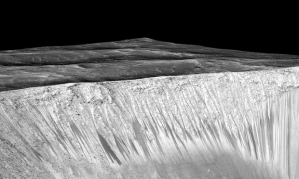 signs of descending water on mars

To the chief musician, on the/ according to, gittith, a psalm for David

How splendid your name is in all the earth!

Out of the mouths of children and babies

You have set your honour above the heavens.

You have established a bulwark of praise, because of your adversaries,

To silence the vengeful enemy.

When I consider your heavens 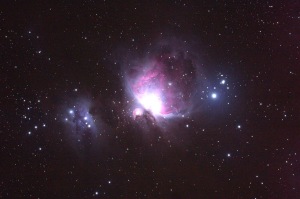 the work of your fingers…

the work of your fingers

the moon and the stars

which you have appointed

What are human beings

That you pay attention to them

That you care for them?

Yet you have made them little less than gods

You have crowned them with glory and splendour

You have given them rule over your handiwork

You have put all things under their feet:

Sheep and all cattle

And all the beasts of the countryside

The birds of the heavens and the fish of the sea

And all that moves through the paths of the ocean.

How splendid your name is in all the earth!

Most translators give up with the title of this psalm: what or who is/ are gittith? Nobody knows. There is a suggestion that the word may indicate something from the Philistine town of Gath, perhaps a melody to which the psalm may have been sung.

Again there are difficulties in determining the syntax of the psalm. Is the phrase about children and babies attached to what goes before or what comes after or both? I decided it went with the setting of the Lord’s honour, the idea being that the praise of infants gives special glory to God. Probably the psalmist means that the very existence of the children offers this praise, the very birth of human beings brings honour to God.

The psalm begins with praise of God’s name (God’s character and repute) in the EARTH. Other Gods may have stories about heavenly battles and valour; Israel’s God has made a name for himself by what he has done on earth. Even apparently voiceless human children give glory to God that is known in the highest heavens. Such fragile and humble praise of God forms a strong barrier against the accusations of God’s enemies. The perfection of a human baby (its only way of praising God) silences all aggression.

The psalmist contemplates the heavens, vast beyond human grasp yet made by God’s fingers, and is newly astonished that such a God should bother with frail mortals and their children. Here the theme of praise to God from weak creatures is continued. But then it is extended, not contradicted, by an emphatic affirmation of human dignity under God: as God’s image on earth, they are in charge of all its creatures, and are therefore “crowned with splendour”, the same splendour that is attached to God’s name at the start of the psalm. The task of managing the earth is given by God to weak, mortal creatures – and precisely THAT is his unique glory. That message is emphasised by the repetition of the first line at the end of the psalm, meaning that everything in between is a definition of the splendour of God’s name on earth.

The psalm is subtler than some of its critics allow. Environmentalists and animal rights supporters have objected to its androcentricity, its focus on human beings to the exclusion of other creatures and the environment. But the psalm ascribes splendour to human beings only in respect of their God-given task of looking after all the other creatures of the earth. The God of this psalm could quite well ask his 21st century human beings, “What have you done to my fish, my birds, my mammals, my insects? I left you in charge.” If human beings define their splendour in ways that are contrary to this task, they will have to ignore this psalm with its reminder of their unimportance and weakness; and its emphasis on the praise of the littlest and the least as specially valuable to God. In its brief and subtle way this psalm articulates that faith that the glory of God is the living Man (who knows his frailty). It’s worth comparing to Sophocles hymn to humanity in the Antigone:

“Numberless are the world’s wonders, but none
More wonderful than man; the storm gray sea
Yields to his prows, the huge crests bear him high;
Earth, holy and inexhaustible, is graven
With shining furrows where his plows have gone
Year after year, the timeless labor of stallions.

The light-boned birds and beasts that cling to cover,
The lithe fish lighting their reaches of dim water,
All are taken, tamed in the net of his mind;
The lion on the hill, the wild horse windy-maned,
Resign to him; and his blunt yoke has broken
The sultry shoulders of the mountain bull.

Words also, and thought as rapid as air,
He fashions to his good use; statecraft is his
And his the skill that deflects the arrows of snow,
The spears of winter rain: from every wind
He has made himself secure–from all but one:
In the late wind of death he cannot stand.

O clear intelligence, force beyond all measure!
O fate of man, working both good and evil!
When the laws are kept, how proudly his city stands!
When the laws are broken, what of his city then?
Never may the anarchic man find rest at my hearth,
Never be it said that my thoughts are his thoughts.”

This somber magnificence is superior to the Psalm in its poetic power, but may not be its equal in balanced wisdom.

Tags: Psalm 8, What is man that You are mindful of him?