33 “No one who has kindled a lamp hides it or places it under a bowl; rather, he puts it on a stand, so that those coming in may see its light. 34 The lamp of your body is the eye. When you have a ‘good eye,’  your whole body is full of light; but when you have an ‘evil eye’ your body is full of darkness. 35 So take care that the light in you is not darkness! 36 If, then, your whole body is filled with light, with no part dark, it will be wholly lighted, as when a brightly lit lamp shines on you.”

37 As Yeshua spoke, a pharisee asked him to eat dinner with him; so he went in and took his place at the table; 38 and the Pharisee was surprised that he didn’t begin by Sprinkling his hands with water before the meal. 39 However, the Lord said to him, “Now then, you Pharisees, you clean the outside of the cup and plate; but inside, you are full of robbery and wickedness. 40 Fools! Didn’t the One who made the outside make the inside too? 41 Rather, give as alms what is inside, and then everything will be clean for you! 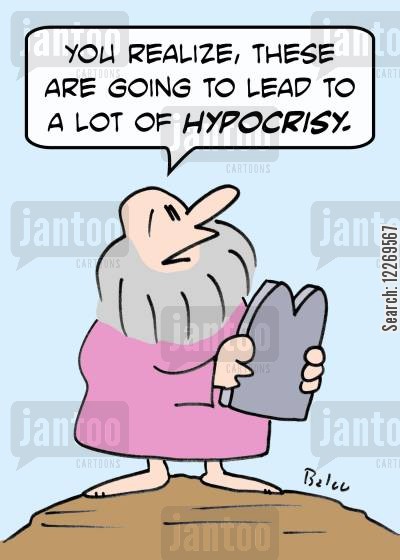 ‘You realize, these are going to lead to a lot of hypocrisy.’

42 “But woe to you Pharisees! You pay your tithes of mint and rue and every garden herb, but you ignore justice and the love of God. You have an obligation to do these things — but without disregarding the others!

43 “Woe to you Pharisees because you love the best seat in the synagogues and being greeted deferentially in the marketplaces!

44 “Woe to you, because you are like unmarked graves, which people walk over without knowing it.”

45 One of the experts in Torah answered him, “Rabbi, by saying these things you are insulting us also.” 46 Yeshua said, “Woe to you Torah experts too! You load people down with burdens they can hardly bear, and you won’t lift a finger to help them!

47 “Woe to you! You build tombs in memory of the prophets, but your fathers murdered them! 48 Thus you testify that you completely approve of what your fathers did — they did the killing, you do the building! 49 Therefore the Wisdom of God said, ‘I will send them prophets and emissaries; they will kill some and persecute others’; 50 so that on this generation will fall the responsibility for all the prophets’ blood that has been shed since the world was established, 51 from the blood of Abel to the blood of Z’kharyah, who was killed between the altar and the Holy Place. Yes, I tell you, the responsibility for it will fall on this generation!

52 “Woe to you Torah experts! For you have taken away the key of knowledge! Not only did you yourselves not go in, you also have stopped those who were trying to enter!”

53 As Yeshua left that place, the Torah-teachers and the Pharisees began to oppose him bitterly and to provoke him to express his views on all sorts of subjects, 54 laying traps to catch him in something he might say.

The denunciation of the religious leaders here is placed after Jesus’ words about the good and evil eyes. These words may sound strange to modern ears, but they are talking about the fundamental orientation of a person. The organ of perception is described as the lamp of the person’s social being (body). Jesus assumes that the way someone sees life can be perverted. If a person’s basic orientation is towards power over others, he will see other people as simply means to that end. If a person’s basic orientation is towards goodness, he will see other people as brothers and sisters with whom goodness can be shared. It is similar to Jesus’ teaching about trees and fruit; you don’t get good fruit from a bad tree. In that case Jesus is  urging  people to be rooted in love. In this case he is urging them to open their minds to goodness so that they can choose to live by it. No matter what they say, people will show by their actions what kind of “eye” they have. This is a sharp but also compassionate view of wrongdoing: sharp in that it insists that wrongdoing is not accidental, but issues from the agent’s fundamental view of life; compassionate in that it recognises that the wrongdoer cannot do otherwise until her view of life is changed. This has profound consequences for example for penal policy. No convicted person should be allowed to distance themselves from their crime as if it doesn’t belong to them. The roots of criminal behaviour in a warped view of life must be exposed ruthlessly. But then there must be compassionate education which opens the person to goodness which they may never have experienced in their lives.

Luke illustrates this teaching of Jesus by  following it with his denunciation of the religious leaders of his people, who see themselves as holy because of their rigorous observation of the letter of the law. Pharisees are committed to showing an example of this holiness; Torah teachers to expounding it; but both are criticised for their basic orientation to power and status, which distorts their perception of themselves, their calling and of others. Jesus’ words are intentionally cutting, even brutal. He is trying to awaken these leaders to their corruption, so that they may change and find goodness. He makes the shocking suggestion that they are successors  of the establishment that rejected and killed the prophets of the past. It is an unforgettable picture of religious authority. All religious leaders should ask if it resembles themselves. Focus on trivial observances to the exclusion of fundamental duties; love of pomp, ceremony and status; insincerity and hypocrisy; pleasure  in adding to the religious duties of others; these are the abiding characteristics of religious establishments that have an evil eye.

I wish I could declare my own years of ministry free of all these tendencies, but alas I can’t.