1Meanwhile, as a crowd in the tens of thousands gathered so closely as to trample each other down, Yeshua began to say to his disciples first, “Guard yourselves from the yeast of the Pharisees by which I mean their hypocrisy. 2 There is nothing covered up that will not be uncovered, or hidden that will not become known. 3 What you have spoken in the dark will be heard in the light, and what you have whispered behind closed doors will be proclaimed on the housetops.

4 “My friends, I tell you: don’t fear those who kill the body but then have nothing more they can do. 5 I will show you whom to fear: fear him who after killing you has authority to throw you into Gehenna! Yes, I tell you, this is the one to fear! 6 Aren’t sparrows sold for next to nothing, five for two pennies? And not one of them has been forgotten by God. 7 Why, every hair on your head has been counted! Don’t be afraid, you are worth more than many sparrows.

8 “Moreover, I tell you, whoever acknowledges me in the presence of others, the Son of Man will also acknowledge in the presence of God’s angels. 9 But whoever disowns me before others will be disowned before God’s angels. 10 Also, everyone who says something against the Son of Man will have it forgiven him; but whoever has blasphemed the Holy Spirit will not be forgiven.

11 “When they bring you before the synagogues and the ruling powers and the authorities, don’t worry about how you will defend yourself or what you will say; 12 because when the time comes, the Holy Spirit will teach you what you need to say.” 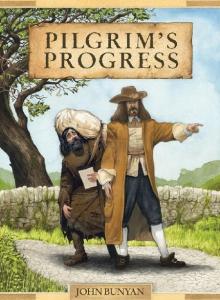 This passage has as its underlying theme the open boldness that disciples of Jesus should have in their practice of faith. Their actions should match their words and they should be happy to speak about their trust in Jesus in any circumstances. This openness to people makes them  also open to the Holy Spirit -the shared life of God- who will inspire their words especially in threatening situations.

In contrast to this openness is the behaviour of the Pharisees, whose actions do not match their words as they plot secretly against Jesus, who warns that there will come a time when their intentions will be laid bare for all to see, namely in his own death at their hands.

Jesus goes on to speak openly about such threats. He advises his disciples to share his courage: persecutors can only kill the body but the Prince of Evil can destroy the soul also. He adopts a tender tone towards his friends, assuring them that the Father’s care  for sparrows is even more given to them.  Open acknowledgement of Jesus will be rewarded by open acknowledgement of the believer before The Father in Heaven, by the Son of Man, that is, by Jesus as the representative of God’s Rule. Denial of Jesus can lead to denial by Jesus of that person before the Father. Luke’s story of Peter however will show that denial can be forgiven.

The language of acknowledgement is taken from the customs of the society of the Roman Empire, in which your acknowledgement of another person could be crucial to your honour and social position. Jesus rejects that whole ethos. He acknowledges sinners and outcasts who become his friends; he hopes his friends will acknowledge him even if brings them into trouble.

The possibility of denial leads Luke to quote Jesus’ teaching about blasphemy against the Holy Spirit, which he got from Mark’s gospel, where it is used in the context of those who ascribe  Jesus’ healings to the power of evil. I’m not certain what Luke thought it meant in this context. Possibly he is suggesting that denial of Jesus out of fear may be forgiven but deliberate action against the life that believers share with God, for example, betrayal of a fellow believer, will not be forgiven. (All manner of different interpretations of the unforgivable sin are offered by scholars who are not happy with the concept of diviine reward and punishment, but it seems clear to me that Jesus was quite at ease with it.) It is exactly this shared divine life which inspires  believers when they are put to the test. They do not need fancy speech; only their open declaration of who they are as followers of Jesus. The God who shares his life is forever true to those who remain true to this sharing. 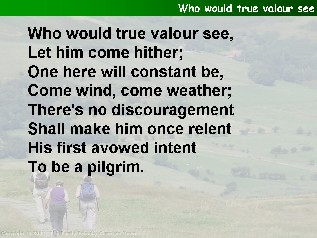 Luke is telling the story of Jesus for communities that had already experienced some pressure, certainly from orthodox Jewish believers and possibly also from imperial officials. He presents Jesus as above all encouraging them to be themselves in the face of such pressures. There may be nothing in the Rule of Rome that gives honour to friends of Jesus, but there is another Rule that does.

The peaceful open expression of faith in word and action recommended here by Jesus is an attractive albeit costly way of life, which declares that there is nothing hidden about Christian allegiance, nor any secret purposes. One here will constant be, come wind come weather.