I am continuing to read John’s Gospel in Greek, translating it and commenting on it.

After these events Jesus crossed over to the other side of the sea of Galilee (or Tiberias). A large crowd was following him because they saw the signs that he was doing on the sick. Then Jesus went up onto the mountain and took his seat with his disciples.

And the Passover, the Festival of the Judaeans, was at hand. When Jesus then raised his eyes and saw that a great crowd was approaching him he says to Philip, “Where will we buy food, so that these people may eat?” This he said to test him as he himself knew what he was going to do.

Philip answered him, “Two hundred denarii of food would not be enough for each of them to get a little.”

One of his disciples, Andrew, Simon Peter’s brother said to him, “There’s a boy here who has five barley loaves and two fish, but what are they among so many?”

Jesus said,” Make the people sit down.” Now there was lots of grass in the place, so the men sat down, about five thousand all told.

Jesus then took the loaves and when he had given thanks, he passed them out to those who were seated; and the same with the fish, as much as they wanted. And when they had filled themselves, he told his disciples, “Gather up the leftover bits, so that nothing is wasted.”

So they gathered them up and filled twelve baskets with the bits from the five barley loaves left over by those who has eaten.

When the people saw the sign that Jesus had made, they said “This is truly the prophet who is to come into the world!”

So Jesus, recognising that they were about to come and take him by force to make him a king,  went up again into the mountain, alone. 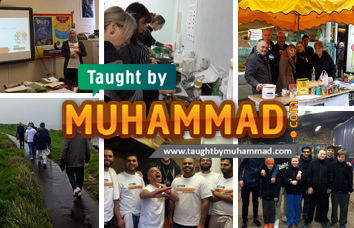 The surface of this story is so simple that we need reminded of the complex set of references which would have been obvious to a contemporary reader or listener familiar with the Jewish bible.

Firstly there is the mountain which generally is a place of revelation but is more particularly Sinai, the holy mountain of Moses the lawgiver.  Allso conncted with Moses is the plight of peoplke without food or were fed with “bread from heaven”, the manna and the quails.

Then there is the Passover, which means exodus from foreign rule, food eaten on the move and sparingly, including unleavened bread, and a festival in which there are both synbolic foods and a real feast.

It is often not realised rhere is a reference to the 23rd Psalm, especially “he makes me lie down in green pastures” which this gospel picks up with the specific mention of luxuriant grass. This psalm also includes a meal.

Another reference is to 2 KIngs 4 where Elijah feeds 100 men with 20 loaves.

Also present is a reference to the Christian eucharisr or supper of the Lord, where thanksgiving and the distribution of bread are key elements.

Not all of these have equal force but all are important.

Jesus is presented as the gracious prophet/ king who feeds his people,  as he leads them on their exodus from the kingdom of the world into the kingdom of God. Through him, God gives bread from heaven, which however is a transformation of food that is offered for sharing. He is also the shepherd/king who leads his people to a place of rest and refreshment. He is a greater Moses who brings a new covenant to the people (the five loaves remind us of the five books of Torah, the two fishes of the Writings and the Prophets of the Jewish Bible)  and he is a greater Elijah who brings God’s Word to the world.

All of this points to Jesus as the true king, the Messiah, but the people firstly see him as the final prophet, and then as a worldly messiah who will lead them against the Romans. John clearly describes the event as a messianic gathering from which Jesus withdraws because the men are looking for a nationalist leader. 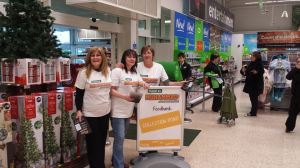 What stands out in this initial narrative on the theme of bread is the way Jesus  communicates the creative generosity of God. The daily bread is abundant because God does not preside over an economy of scarcity but wants to fill his people with good things both material and spiritual. Even the leftovers are enough for the whole twelve tribes of God’s people, as they travel away from slavery towards the kingdom of God. Even the smallest and poorest gathering in Jesus’ name or for a Christ-like purpose is a community of extraordinary richness on which God pours out his goodness so that it may be shared. Official reports by church bureaucrats emphasise numbers or more often, the lack of them. This gospel encourages churches to become the child who offers all he has and finds it is more than enough.

Taught by Muhammed Foodbank Dundee, Scotland distributes food to non- muslims and is supported by the Sidlaw  Churches, in which I work.