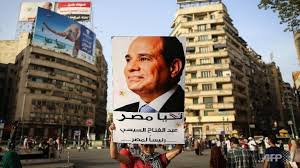 their geat ones lord it over them..

17 When Jesus was on the point of going up to Jerusalem, he gathered the twelve disciples around him by themselves, and said to them as they were on their way: 18 “Listen! We are going up to Jerusalem; and there the Son of Man will be betrayed to the chief priests and teachers of the Law, and they will condemn him to death, 19 and give him up to the Gentiles for them to mock, and to scourge, and to crucify; and on the third day he will rise.”

20 Then the mother of Zebedee’s sons came to him with her sons, bowing to the ground, and begging a favor. 21 “What is it that you want?” he asked. “I want you to say,” she replied, “that in your kingdom these two sons of mine may sit, one on your right, and the other on your left.”

23 “You will indeed drink my cup,” he said, “but as to a seat at my right and at my left — that is not mine to give, but it is for those for whom it has been prepared by my Father.” 24 On hearing of this, the ten others were very indignant about the two brothers. 25 Jesus, however, called the ten to him, and said: “The rulers of the Gentiles lord it over them as you know, and their high officials oppress them. 26 Among you it is not so. 27 No, whoever wants to become great among you must be your servant, and whoever wants to take the first place among you, must be your slave; 28 just as the Son of Man came, not to be served, but to serve, and to give his life as a ransom for many.”

In Mark’s Gospel, which is Matthew’s source, this story is yet another example of the worldly blindness of the disciples, who respond to Jesus’ prediction of his own suffering witb a demand for privileged status. Matthew takes a less stringent view of the disciples in general and of James and John in this incident. He attributes the offensive request to their mother, whereas Mark says it came from them. In this way the request can be seen as an inappropriate expression of motherly competitiveness.  Even so, it is a strange response to Jesus’ unambiguous prediction of failure, betrayal, rejection and ignominious execution. Matthew wants the reader to be sure that the Jesus’ journey to Jerusalem is not a foolosh mistake but a witness to the leaders of his people, undertaken in full knowledege of its consequences.

Matthew sees this as the culminating act of Jesus’ “service” to his people.  He, the representative Son of Man, the leader of God’s holy people ( see Daniel chapter 7) is also the true servant of God (see Isaiah chapter 53) whose brutal death brings healing to the nations. The term “ramsom” which is taken from Mark’s account means that Jesus’ death is the “price” paid to the forces of evil, so  that “many”, meaning all humanity, may be set free. Matthew would have seen the mission of the Christian Assemblies and the establishment of new assemblies throughout the world, as a fulfilment of Jesus’ prophecy. The declaration that the Son of Man did not come to be served but to serve and give his life as a ramsom for many, is a summing up of Jesus life and death:

1. He is the Son of Man prophesied in Daniel 7,  the representative of God’s holy ones who will rule the world in justice.

2. His authority is shown by his willingness to serve others rather than by a demand that others should serve him.

3. His sacrificial death liberates others from the powers of evil.

This is the model which Jesus sets out for his followers. In their assemblies leaders will not demand favours and oppress people but will be as slaves ready to serve others. Pomp and privilege are foreign to the assemblies of the crucified. Few churches have stuck faithfully to this model, but those that have make visible a way of leadership which is not irrelevant to secular enterprise and politics. The savage distortions of justice seen in many societies stem from business and political leaders who want to “lord it” over others. The presence of leaders who are willing to serve rather than to dominate is often the only thing that preserves corporations and governments from total corruption.  Jesus’  model of leadership is neither unrealistic nor irrelevant.

My own faults as a leader in churches- and I can see more and more of these as  I look back on 40 years of ministry- were due to exactly the style of leadership that Jesus condemned: arrogance may be more nearly the root of evil than the love of money. For me, learning to serve has been a life-time study in which I have yet to graduate.