In my last blog on the Corinthian correspondence of Paul I promised an additional blog on issues of sexual behaviour from a Christian point of view. Of course there are many Christian views on these issues, especially on contentious issues like same-sex relationships, and I would not pretend that my own standpoint is better than others. Still I can list a set of facts which all Christians should take into account before forming their own view.

1. Almost all classical Christian views of sexuality were formed under the influence of cultures that gave men power over women. I think Jesus was free of this bias, but then, Jesus wasn’t a Christian.

2. Almost all classical Christian views of sexuality see sexual behaviour as one compartment of life rather than as a set of instinctual and learned behaviours affecting the whole of life.

3. Almost all classical Christian views of sexuality ignore or denounce the pleasure that men and women experience in sexual activity.

4. Almost all classical Christian views of sexuality are ignorant of the findings of evolutionary biology about sex.

Most of what is in the bible is affected by these inadequacies although there are passages which rise above them.

Now I guess both sorts of Christian fundamentalists, biblical and traditionalist, will reject my criticisms as irrelevant even if they are true. All that matters to them is what the bible says or what the church has said on this topic.

Others may agree with me that until these inadequacies are addressed the profound insights of the Christian tradition will not be honestly expressed for our time. In my opinion a genuinely Christian view of sex must accept: 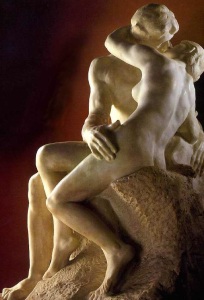 1  Men and women should be treated as equals.

2 human sexuality influences all aspects of human personality and behaviour

3. Pleasure, including sexual pleasure, is in itself good.

4. Human beings are animals. Sexual division is a mechanism of survival shared with many creatures, and although human behaviour is different from that of animals, the sexual behaviours of animals can help us understand our own.

5. Human beings are social animals. Different human societies have understood the biological differences of men and women in different ways, and invented different social roles that express these understandings. The nature of man and woman in present day Scotland is a social construct.

if the Christian tradition is interpreted in the light of these principles it can make a profound contribution to sexual morality today. (Continued)