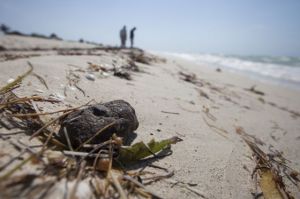 God is my refuge!

How then can you tell me

“Take flight to your hillside

For look! The evildoer bends his bow

He readies the arrow on the string

So that from a dark corner

He can shoot at honest people.

If the leaders are toppled

What can a good man do”?

The Lord is in his holy temple!

The Lord’s throne is in heaven!

the just and the unjust;

Those who love violence;

he shall rain down calamity

That will be the cup they drink.

His smile is for honest people.

This is a beautiful, brief and passionate psalm. The psalmist imagines a sensible friend telling him to find a place of security like a rock pigeon in its cliff, away from the assaults of people without conscience. It’s difficult to find the right English vocabulary for the “wicked” and the “upright” of the psalms. In effect the “wicked” would probably be called criminals today, whether or not their “killings” are to be taken literally, (as I think they should be in this psalm) or as metaphors for crooked business or political deals (as in some other psalms). These are people who have the means and the connections to prey on “honest people” (the phrase I often use to translate Hebrew, “yashar”, upright.) In a corrupt society anyone who stands for justice is putting themselves at risk. Even in relatively law-abiding societies such people can be persecuted (In the UK persistent advocates of justice are likely to be on the books of the State Security Services); while in utterly lawless regimes, as in Eritreia, their lives are likely to be short. Probably the psalmist’s society was somewhere between these two examples. At any rate, his imagined friend thinks the best thing a wise man can do is to hide. 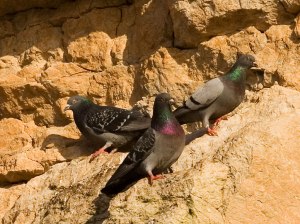 The psalmist insists that he needs no refuge other than God, who is present in the temple which honours his name and on his throne in heaven, from where he rules the earth. But of course a question has been raised about the effectiveness of his rule. Is not more like an absentee landowner who prefers to live somewhere more civilised, and neglects his distant estates? The psalmist is aware of this question and is precise about what God does:

We may feel he doesn’t quite give a convincing reply to his cautious friend. As far as God’s actions are concerned, two of them happen “in heaven” and the other two have no date or place. That doesn’t seem all that much to set against the imminent violence of evildoers. But they are a statement of the psalmist’s faith; their force consists in placing the possibility of God in the midst of accepted realities, in such a way as to encourage honest people and put some doubt in the minds of their persecutors. The modest assurance of this psalm works like the word “perhaps” in the Hasidic story of Rabbi Levi Yitzhak:

Once there was a learned man, a man who prided himself on his education, and who boasted of being modern and enlightened. He made a practice of going from one rabbi to another to debate with them about their faith and refute all their claims and arguments, which he considered hopelessly old-fashioned.

Finally he came to Levi Yitzhak, the rabbi of Berdichev, hoping to prove him wrong, as well. When he entered the rabbi’s room, he saw him pacing back and forth, a book in his hand, immersed in ecstatic thought. The rabbi took no notice of his visitor. But after a while the rabbi stopped, looked into the man’s eyes and said, “Perhaps it is true after all!”

The man was shaken; he could not speak. Then Rabbi Levi Yitzhak spoke gently to his guest: “My son, the great Torah scholars with whom you argued wasted their words on you. After you left them, you only laughed at what they had said. They could not place God on the table before you, they could not show you God’s reality, and neither can I. But think, my son. Just think! Perhaps it is true. Perhaps it is true after all.”

The enlightened man made the utmost effort to reply, but the terrible “perhaps” beat on his ears again and again, and he departed in silence.

The poetry of this and may other psalms is meant to utter a persistent “perhaps.”