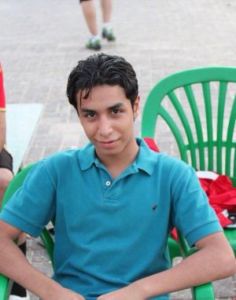 To the chief musician, upon an eight string lyre, a psalm of David

For holy people no longer exist

Faithful people have vanished from humanity.

Now they tell each other lies

They speak with slippery lips and double hearts.

May the Lord chop off the slippery lips

And the boastful tongues.

They say, “We shall conquer with our tongues

Our words are our weapons

Who can master us?”

“For the plundered poor

And the needy who groan

Now I will rise up,”

“I shall set in safety

those who sigh for it.”

The words of the Lord

in a clay furnace

You will keep us Lord

You will protect us always

A heap of excrement amongst humanity!

Yet again I have to note that there is no certain Hebrew text of this psalm and therefore no certain translation. I would encourage readers to look at other version to see the variety of interpretations of the last line in particular, Literally it says, “like a swelling of vileness,” which I have taken as a euphemism for dung, but may mean something less definite.

This short psalm has at least three voices: the psalmist speaking for the faithful people, the evildoers and God himself. Of course the psalmist is exaggerating the lack of decent people but there are times when I’m watching the news of violence from all round the world, and the clamour of voices concerned to be heard rather than to tell the truth, that I sympathise with him. (The spectacle of the UK Prime Minister describing a measure which will take income away from the poorest people as a means of tackling poverty reminded me of George Orwell’s “War is Peace.”)

The slippery lips and double hearts of this Psalm are visible in all societies at all  times, but may be especially a feature of the media – saturated societies of our time. The evildoers boast that their words (literally lips) are their weapons. This is sadly true even of my much – loved BBC where loud – voiced, graceless, newscasters treat interviewees as sources to be browbeaten at will and disposed of rapidly when “I’m sorry we’re running out of time.” (BBC Radio Today). Those whose voices are loudest often prevail, and might well ask, “Who can master us?”

The Lord however is not to be daunted by human arrogance. The psalm gives us his words, which mention the poor and the needy and promise that he will rise up to rescue them. The vivid first –  person speech is typical of the prophetic tradition which is evident in some psalms.  The reader will note that there is no guarantee of the Lord’s action, no details of his rescue are given. As in many other psalms, the vivid expression of the Lord’s justice is meant to provide hope and prevent despair.

In this psalm the reader is instructed that the words of the Lord are different from the unreliable words of evil doers. The Lord’s words, given in the Law and by the prophets are tried and tested; they are not a mixture of truth and falsehood, but are pure truth. In themselves they provide protection from the amorality of prevailing culture. It’s fair to say that the psalms do not breathe an air of liberal permissiveness.

Tags: our words are our weapons, Psalm 12